Big, Bigger, Biggest: Coming to a block near you!

Last week, residents asked for a development moratorium along Lawrence avenue, at least until a master plan was developed. Long-time residents expressed fears that increasing density is out of character with the neighborhood, and that commercial traffic and apartments will be too close to the idyllic single family homes and two flats that adjoin the Lawrence Avenue corridor.

In response, Alderman (and Gubernatorial Candidate) Ameya Pawar made it clear that there already was a plan, and today he released the details, and it turns out the master plan does address the concerns, but not in exactly that some residents were hoping.  Instead of keeping development away from single family homes, the new development plan flips that around: the single family homes will be kept away from the newly dense Lawrence Avenue. 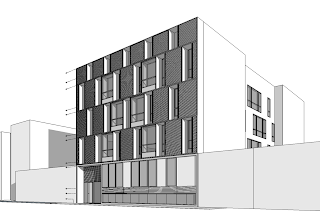 This building proposed for 2247 W. Lawrence will look like a
tiny shack compared to what's coming next.

The new plan released today calls for a major ramp up in density, much faster than previously proposed. It calls for the addition of up to 1,500 net new housing units in the neighborhood over just two years.  To provide enough space for the new development, the entire area between Ainslie and Leland (i.e. a full city block north and south of Lawrence) from Ravenswood to Western Ave, will be rezoned as B3-2 TOD (Community Shopping District / Transit Oriented Development); and all lots fronting on Lawrence will be zoned C1-5 (Neighborhood Commercial).  By up-zoning the blocks surrounding Lawrence from R-3 (Residential), planners hope to create the buffer that residents want between the higher density development along Lawrence and single family homes elsewhere in the neighborhood.

The city hopes to avoid using eminent domain to force out single family home owners, as it is a controversial and expensive tool, but it isn't ruling it out either. "I am invested in making sure that, in the long run, the community is happy" with the Lawrence Avenue streetscape, said Alderman (and Gubernatorial Candidate) Ameya Pawar. If that means "a few unhappy people need to be displaced, that's unfortunate, but really it's going be better this way. Hopefully they'll move completely out of the state, too.  I hear Indiana is great for car lovers."

To help finance the rapid displacement of single family homes on these blocks, funds will be made available via a new TIF district to be created that encompasses the side street blocks being up-zoned.  (As a side benefit, the new TIF will also help bolster the future for Chicago Public Schools, by helping to replenish what is apparently the only reliable source of funds necessary to stave off insolvency.)  Applications for development projects can be submitted immediately, and will be fast-tracked for approval by the full city council as long as construction can be completed within the two year time window ending April 1, 2019. 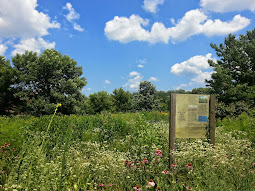